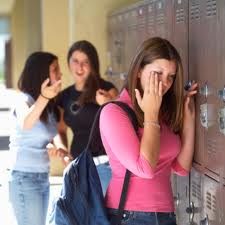 Last words shown by Amanda Todd in a video, a young 15 year old year who committed suicide due to a horrific act of bullying. She was bullied for years and she suffered silently. The story has caused much pain and guilt feeling for her community and everyone here in British Columbia, to the level that B.C. Premier Christy Clark had to convey a message about the issue. Amanda could not take it any longer, while questions remain why people around her, school teachers, or counsellor whom she saw could not see the killing pain in her. As an outsider we like to be assured that those who saw her on a daily basis did what they could, however it is sad to say that they missed the signs. With the amount of pressure on a young person’s mind, bullying and fear of being ridiculed constantly is the most horrible assault someone can take. Bullying is an organized crime that the offender may not see the consequences of. Bullying seems to be involved with the power imbalances and abuse. Bullying occur everywhere with no regard for race, age, gender, or ethnicity. Bullying kills and that is a fact.

The loss of Amanda Todd is a hard lesson while it happens once in a while. Bullying is a challenge and struggle affecting young souls, while this is a problem not only for school authorities but parents and people involved in a young person’s life.
Some parents may not recognize the behaviours of a child and they misinterpret the signs that are often number of them out there. Parents of a bully and a bullier are both victims of not knowing how to raise their children and youth with a healthier personality. Victims of bullying often suffer from lack of self esteem and self appraisal, why Amanda made the disaster of interpreting the abuse with lack of self worth.

Amanda gave us a piece of lesson with those cue cards she used in her posted video; she explained the whole process of crashing someone’s soul, from beginning to an incomprehensible end.
She wrote on those cards what occurred and how this never ending negative and damaging cycle took her life. Throughout her story explained with individual sentences and often words tighten to one another, she was hoping for an angel to arrive and save her. There are many Amanda’s out there. There must be numerous girls / boys in Amanda’s age and situation who do cry for help out there, therefore adults around them should know better.

We need angels out there. Education will do it.

Not only teacher education but also Parent education is a must and should include developmental stages of a child’s life to adulthood. May she be in peace now.