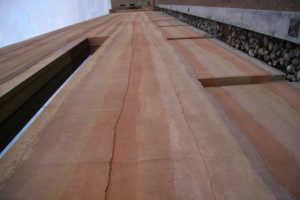 These days; Youth and the new wave of request for freedom is making news.
It is most exhilarating to watch the new wave of grass root movements demanding freedom and democracy.  I believe it is stunning to witness the the level of integrity shown by  those brave young people who are only asking for their rights to live a life free of oppression and suppression.  Young people are leading these new movements while learning from one another through the Social Media.  What these young people are looking for is peace, human rights, freedom, and a better life.
Despite of all the crackdowns, it seems that no military actions by those dictatorships who struggle to stay in power, would scare this new brave young men and women for continuing their peaceful protests.

Clearly we have a young generation who have nothing more to lose. Majority of them grew up and experienced the taste of lacking most basic human rights, the right to be counted for and the right to be part of a larger society. This young generation watched their fathers struggling because the power were never shared with masses. When you grow up in countries that either religious or ideological fascism keeping people from pursing what they deserve, then you learn how to fight the system when it is the right time.
These people are from all over the place who will be our future leaders and future policy makers obviously, People who have lived with loss of personal integrity by never being part of the decision making, they will rebel and now they do it peacefully.
We are witnessing history unfold and re-written by men and women who for decades have been oppressed, violated, and hurt.
Current movements in the Arab world are unquestionably impacting what else is occurring in those countries, ever since people act on their rights for standing up for themselves, without having external forces leading them.

It seems that an entire generation of young people in the Middle East are coming forward to clean up the imposed culture of oppression that had restrained them forever. This young generation are stirring the powers while challenging the governments whose existence depends on hypocrisy, suppression, and intimidation. It sounds like this young and open-minded generation are fed up with their old men nonsense. Now what is making sense to them? This young generation demonstrate what make sense to them: To gather their strengths for the real action and to scream for freedom hardest the longest they are able to.

The call for freedom and democracy are most certainly impacting people’s health, sense of community feeling (Adlerian terminology), and hope for a better life. Our mental health without a doubt is intertwined with our physical, social, political, and environmental realities. On this note, we could hope for a brighter future for our citizens of the world.