Now that immigration has turned out to be a way of life among us Iranians, then long distance marriages and long distance divorces are becoming all more widespread.

We live in a world, when long distance relationships become all common. When this relationship leads to the union of the two persons, then there are certain concerns that kicks in. In most of the marriages that happens between two individuals living in two different countries, there is often someone introducing a potential wife to a potential husband. Amazingly, as relationship building are fading color in many communities, then there are those parents who are looking for partners for their adult children. If not directly, at least indirectly parents point out someone who seems to be appropriate for their son or daughter. 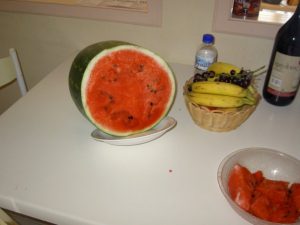 Generally couples describe how they choose their partner: “We knew one another family or friends.” Usually in these cases, first attractions are values such as the potential partner’s family name, social status, income, and many other superficial or real factors that matters to the families. However these attractions would seldom be enough for building a respectful, dignified, and cooperative couple relationship mostly because couples are pressured to say “yes.’

Marriage and divorce involves utilizing enormous energy and emotions; however when it comes to long distance relationships and the dissolution of this union, then the loss of energy become a serious issue.

In referring to long distance marriage, we are talking about two partners coming together from two different places, cities, countries, and now continents. Individuals who marry someone residing in another country, while usually from the country of origin. If the families are more and less traditional, then arranging for this marriage becomes a group task. aIn this marriage it is not only the partners who are important, but a whole tribe of both individuals are getting involved. Hardly ever the two partners can decide on the details of this partnership or family union because respect for parents wishes and requests play important roles.

Now why people go back to get married someone from their home country, this questions may misled us to a whole other discussion as there are many significant psychological reasons for this way of building a family. Back to the concept of finding a partner from a known place such as one’s homeland, then after the two individuals are sharing one roof, then regular couple issues plus the consequences of not having known the other person for a longer time, starts.

In most long distance marriages, the couple start learning what likes and dislikes they find in one another. Often the problems go beyond personal styles, partners complain about the arrangement and types of relations, involvements of each family in the couple’s life, wrongful advices, and many culturally shaped stressors for each partner. The dynamic of this marriage are a different story compare to any regular marriage when all involved are sharing one culture, one land, and one law.

If in this long distance arranged or agreed upon marriage, the two families have to agree upon the conditions, proposals, costs, plans, and hopes for a happily ever after life, then in the divorce cases there are many disagreements, conflicts, and group based concerns about the costs and loses that have to deal with. In case of divorce or dissolution of this union, often the partners have to go through two times of legal processes. The concept of long distance divorce refers to the processes in which partners have to obtain divorce documents from the country of origin and where they live. The brake down of this marriage contract involves two countries divorce laws and two cultures comprehension of what divorce is or is not. In this case, when separating partners live elsewhere, families and friends back in the country of origin have to struggle to divorce their son or daughter from their partner.

Long distance divorces are more complicated than the long distance marriages for many Iranian families, since separating partners have to undergo two divorce processes, one where they live as immigrants and another one back home in Iran. I am not sure which process is more painful than others, however you can imagine that when most people in the world go through one marriage and one divorce, Iranian immigrant do it twice for both cycles.

Note: This article was also published on EzineArticles February 11, 2011 by this author.