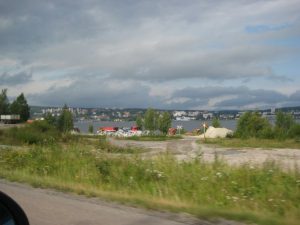 WE Can Build If We Can Imagine…

Imagine a world and a Middle East in peace. A place where all people, regardless of religion, race, class, gender, or ethnicity had a chance to live their lives without any problem!

Just for a moment:

Picture Iran being a country where we have a huge wall of protection in place for our children, our women, our men, and even for our animals and for our enemies! By wall of protection I mean having laws in place, where nobody and I mean NOBODY, could violate others’ rights, and everyone’s rights are protected!   ESPECIALLY OUR CHILDREN.

Imagine, instead of focusing on having all people alike, we could respect all people being not alike!

Imagine, having an Iran with no “fight for this and that” ideology, an Iran where we could respect people’s choices for religion, whatever they may be!

Imagine, having a world and a Middle East where communities of people could have parades, carnivals, parties, and gatherings and without violence and hatred finding a place in that respectful atmosphere!

Just picture a Middle East and an Iran where human beings would be respected and valued as they are in the Western cultures! Are we not worth it?

Imagine our home country and our culture encouraging charity, hope, faith, and acceptance of different people and different cultures.

Imagine, an Iran to where Iranians from around the world can return. They could build schools and universities and hospitals based on the latest technologies of the world, and our children could speak all the languages they have learned. Iranians reside around the world and they are successful everywhere they go. Imagine the day they could freely move back to Iran and feel safe there, not fear any hatred or exclusion, and could build up a national platform again!

Imagine Iranians, us, practicing democracy by letting go of old labels and names and instead focusing on community building and creating hope.

We need hope more than anything else!

Imagine, a world where we value life instead of death!