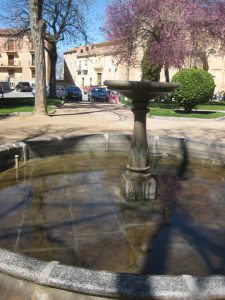 What does Psychology mean for us?

How can we understand psychology through the lens of our Iranian culture?

Drew Westen (2001), an American psychologist and writer, explains Psychology as a scientific investigation of mental processes and behaviour.

What are mental processes then: Thinking, feeling, remembering, understanding, sensing, and perceiving.

Are you one of those people, whose parents told them, “Don’t think so much, you’ll get crazy.”?

Being born and raised in Iran, you never, at least not on a deep level, learn about psychology. This changes slightly when you get into some university course and learn some surface aspect of how we as humans act, think, and behave.

The science of psychology is neglected, ignored, abused, misinterpreted, and misused in our beloved home country. It is not abnormal then, that our fellow Iranians take a long time to reach the point of asking the “Who am I?” type of questions.

I do not mean to offend anyone. Something that we have in common is that we Iranians learn about “the self” in the cultural aspects of family and individual development in an environment merged in hundreds of ways. This is due to the notion of differences in class, cultures, races, and even families. Although we can say certain things about this and that town, we can rarely assume anything about any individual family from Iran or even a group of families, as life in Iran does not follow a certain harmonic pattern.

I have a friend whose 75 year-old mother loves to read simple psychology books. She keeps saying, “I should have known this information before. Since I know myself, I can relate more to my family and to my life!”

What is involved in the world of psychology anyway? Why it is not known by us Iranians?

Psychology looks at many areas of life such as:

* The view of human nature.
* Normal and abnormal behavior.
* The study of cognition, behavior, and emotions.
* The pattern of relationships and relationship in general.
* The stages of development and the study of human development.
* And a lot more of course…

Our Iranian way of thinking is a complex area that I will not touch on, yet I would raise the awareness of all the cultural impacts of the field of psychology, which makes it hard to be applied to many aspects of life.

Dr Daniel Siegel, neurologist and associate professor of Psychiatry from UCLA, had a one day workshop in the recent 55th Annual Conference of North American Society of Adlerian Psychology in Vancouver, BC, (May 2007). I appreciate the opportunity to have been in this workshop. He talked about his research and findings of how the brain and mind is being developed and how attachment is being built.

One thing that made clear sense to me was that he tries to define mind and well-being from the aspect of early attachment as a child. Our self, our true self, is developed through the interactions we have as a child with our caregivers (mothers) and the environment around us. In this aspect, it is very important that we learn about how we take care of a child and how the development of children is a big responsibility on our shoulders. Attachment or delbastegi in the Persian language occupy a huge space itself that involves all of us Iranians and human beings in general. This is a subject that our poems have pointed out a lot, yet it is a hard area to look at.

Psychology not only answers those big questions, but also can relate to each one of us as it talks about why we have become who we are and how our children become who they will be.

Adlerian Psychology (1956) looks beyond the scope of our behaviour and cognition, it studies the need for belonging to a group of people and the need for being part of a society as the main reason for human beings making any movement in life.

Where do we belong?

Do we belong to any group of people at all?