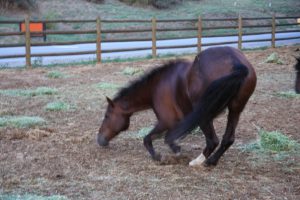 If Emil Zola (1840-1902) lived today, he would accuse the unholy leader and unelected president for injustice, fraud, and brutality. The spirit of Emil Zola and his famous letter J’accuse is however still alive and applicable today.

Millions of our people came to the streets of Tehran and around the country to say: we accuse this regime for miscarriage of justice due to an election coup.

These millions spirits who peacefully participated in rallies told the world how they will not accept lies, fraud, and injustice. Request for justice, freedom, democracy, open communication, and respect for differences are now more than ever the everyday life necessities in Iran.

These millions of freedom lovers of Iran shout: we accuse Iranian government for misrepresentation of justice, for illegal shut down of media, for illegal use of weapon to peaceful people, for religious prejudice, for disrespect to people’s votes, for false reports about the votes, for deceitful election, and for violation of the laws constituted under the Islamic republic of Iran.

Millions of the peaceful people of Iran accuses the top leader of Iran for biased and deliberate lies into the faces of a bright, brave, and honest nation.

These millions of the young generation of Iran accuse the top leader of Iran for severe damages of people’s peace of mind and spiritual health.

Millions of the Emil Zola of Iran accuses this vicious regime of Iran for the clinical damages inflicted on people’s bodies and mind.

The overt deception, the attacks on people’s bodies, homes, belongings, and integrity are all beyond imagination.

Therefore Emil Zola’s of Iran will accuse this regime for the sever damages on their mental health as well as physical health.

The fear, anger, and frustration of people encapsulated due to the constant horrors are seriously dangerous and clinically damaging.

Therefore we accuse the known managers and directors of this election coup for the attack on our self-determination and individual rights to live a life worth living it.

We Accuse! However question remains what court of law and justice will hear our voices.