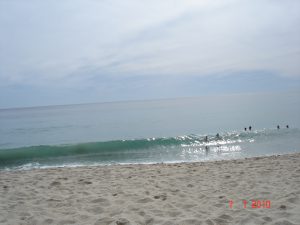 Have you ever noticed that our daily life’s activities and hobbies could sound ill-mannered and hurtful to other people? Have you ever meet people who get offended by jokes, even though we all say those jokes are just for being funny?

There is a huge relationship between jokes and latent racism among us; again I am talking about us as a group, as Iranian people. You many now get offended saying why am I in the world calling us racist?

No, I am not doing that.

What I try to say is that in every culture, there are external factors in our lives that are hard to make sense of, why we make jokes of them. There are also internal wishes, dreams, hopes, and desires which can be expressed in our Iranian culture in the content of jokes. It is easy then to say: “I am joking”, “I did not mean it”.

As a matter of fact, what we say, there is a meaning behind it. We choose words that make sense to us based on what we intend to say. Jokes are not always Jokes. We many times mean what we say, although we may not be brave enough to acknowledge that.

There is a relationship between jokes and racism. I really hope that researchers could use this topic one day as there must be a connection out there.

With racism, we mean ideas which are used as an indication of disliking, judging, belittling, or demising individuals, groups, nations, and others.

Many times we engage in racial comments based on our biased opinions without meaning to be racist or judgmental towards others.

Just think of what our communication in a regular day looks like: We meet people, talk, eat, walk, and tell jokes.

Jokes belong to our everyday lives; we tell jokes in every context, at work and at home, here and there. We tell jokes at the dinner table, at parties, via the Internet, in our phone conversations, and even during meetings within our communities.

We may ask, “What is wrong with that?”

Some aspects of this culture of joke-telling as a social activity have hurt many people.

Many of our jokes are placing different races, ethnic groups, and families into categories, where no one wants to be placed. You are questioning this, let’s talk more.

Most of our jokes have sexual contents. Now you would say how else would a joke be?

Let us ask: Why are our jokes sexualized and racially motivated?

Why do our jokes lean toward dehumanizing, devaluing, and unfair criticism certain groups and especially women?

What is so “funny” about these jokes anyway? How can we picture our family and friends be the character of those jokes? Those jokes we say usually talks about real people with real ethnical background. We know that for sure.

Our jokes start with someone from an ethnic background who is either dumb, perverted, or an abuser, and he does or says “funny” things in order to make a point. Each one of us knows at least a dozen of jokes, where women are sex objects and men having the first role and being the active player, are the abuser.

How many jokes have we heard where children are being molested by the man from ‘some’ city and ‘……..’?

How many jokes do we know where women or children are slaves for many things? Sometimes the character does things that sound “funny,” yet most of the time, by what we are saying, we victimize someone or some group.

Don’t you think these jokes have other, hidden functions and that they project something else into our culture?

How about considering having some dignity and stopping telling these types of jokes?

How about being brave and admit why do we need to tell these jokes?

Some people complain about “white” people being racist; We have to explain how we are NOT racists ourselves by constantly telling sexist, racist, and de-humanizing jokes.

There are many, many websites created by our “funny” people and they are having “fun” by spreading this germ of racist and sexist jokes.

How about to use our humanistic eyes and value people? We can still make jokes of many things and situations? We have a tendency to be most active Joke makers!

Being funny is different that disrespecting people. Being funny can happen in the realm of respect and dignity.

Racial jokes indeed reflect a dismantled hatred and segregation. These jokes only and only increase the already existing conflicts.

Being funny can occur in the realm of admiration and protection of others’ rights! We live in a world where we already suffer from the anxiety of the words that are creating harm and hate. We need to redefine our needs for joke telling.

With the current trends as Stand Up-Comedians, we could learn more how to polish our jokes. Using critical eyes into our culture and identity is positive in order to create a dialog. However what we do we call groups for names and we make it believable that this or other group are careless, sexualized, or futile people. We tend to believe that certain accents are funny and we have the right to laugh at those accents. We also tend to use certain accents involved in every joke we say. We hurt people who have those accents. They are not less than us; we are naive to suppose that.

We have heard many complaints from our fellow Iranians talking about the prejudice, isolation, hostility, and racism that are time by time being felt or perceived in these Western countries we reside in. If we criticize others for having judgment about us, why do we continue telling the jokes that are destroying many souls and much trust among our own ethical groups?

Social hostility, social isolation, and prejudice have found a natural way into our language as we use jokes about various ethnic groups.

Social hostility is constructed by those who need to control others. This social hostility creates more fragile beliefs, broken hearts, and exposed individuals.

We need to clean our cultural language if we wish to remain whole.

For decades these jokes have caused social hostility, which destroys respect, trust, kindness, communication, and relationships.

Jokes make us be “Us” and “Them!” We do need to be “Us,” in order to survive the destruction of our Iranian culture.

In our fragile world we hide behind facades of status, family type, wealth, and all other masks we like to use.

The sense of isolation for a group creates distance and contrasts with others, by becoming different than the other!

Do not let jokes become those walls.

Think about those individuals who isolate themselves in a group of people by establishing a specific language or behavior to show how they are better than others, nobler than others, and have more “class” than others.

For many individuals using jokes brings this feeling that they come from a different planet. Joke-telling in this way causes social hostility as a natural way for some individuals to elevate themselves.

Sometimes we do aim for being funny by telling those jokes yet we ignore how much impact it has on many souls around us.

Some groups or individuals use jokes as an element of social isolation, as a defense mechanism to mark the differences in social class, religion, race, and nations.

Isolation and conflict go hand in hand with a resolution into “nothing.”

We know how many various ethnic groups of us feel socially isolated as our ethnic background has been subject to racist and sexist jokes. We have already a history of many forms of discrimination and segregation. We do not need any more of this.

In using racist jokes we try to find superiority by using a latent antagonism, to set one group against another in order to command and to satisfy our own personal vanity.

Racist and sexist jokes could be “practical” for those of us who try to achieve the goal of becoming superior!

We cannot afford to let hostility become our way. Not again!

Prejudice and hostility are about how we naturally have the tendency to be willing to degrade others in order to elevate ourselves, nations towards nations, groups towards groups and so on.

If we do not like to be treated differently then we need to stop telling these jokes as they cause prejudice and hostility among our nation.

We need to stop this trend! Now or it will be too late. Stay away from these jokes if you are human being.
Note: This article was originally written and published in EzineArticles June 21,2008 by this author.

Poran Poregbal is a registered clinical counsellor and social worker with an extensive background in mental health, rehabilitaton, education, and community leadership.