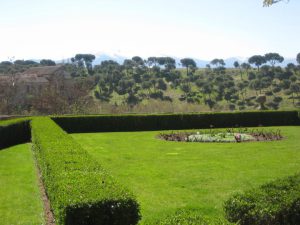 Iran and our Next Generation. We can just imagine a much better society with our next generation.

New Windows Society and the Simon Fraser University Iranian Club presented a workshop about Iran. I had the chance to listen to this report about the new trend with focus on our next generation in Iran. Deborah Campbell, who is a journalist and University of British Columbia adjunct professor, talked about her experiences of traveling though Iran for six months in the year 2005.

Deborah Campbell found that 70% of Iran’s population consists of people under age 30. This represents the generation that was born after the dramatic changes in our home country. This new generation is unique in its needs, and has its own agenda and its own ideas about how to live life. This generation of Iran loves education, technology, and communication.

Deborah noticed Internet cafés in every single town and village she visited. Women use technology to compensate for the hardship of not having personal freedom outside home. Inside their homes, people are living their lives as they wish, she said. And although one section of the government would once in a while distract the attention of serious problems to women’s hejabs, women are not scared or prohibited from doing what they are doing. Women are attending universities in Iran and occupy 63% of the total number of the university seats! Sex education is a requirement for young people, if they wish to marry and have children!

Young people love to go to malls, hang out with friends, or chat on their computers, the report said.

Deborah would not say that the Iranian regime is the huge totalitarian police state that many Iranians living in Western countries believe, yet the complexity of problems in Iran is what she observed. She talked to many people and describes average Iranians as concerned about their personal financial situation, their children’s education, and their own lives, without caring about politics or anything else. People just want to live their lives in peace; that is the main thing!

I was happy to hear about the changes that are happening in Iran.

Reminder: Above is a subjective and observation based description of life in Iran in year 2005. For no reason the current situation is being dealt with here.