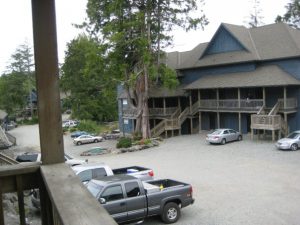 Since year 2000, I have worked and volunteered as a victim service worker for both Police and Community based victim services. This is a position and a profession that is unknown for many in the Iranian community. I will introduce this work to my community in a broader term and I will try to present a domestic violence / crime story. The purpose of this article is to help to define some aspects of our culture and the need for a discussion about domestic violence.
I work for the B.C. Society for Male Survivors of Sexual Abuse as a victim service worker since 2004. This is again a job and a place almost non-existing for many of my Iranian friends. This kind of services does not even come to the mind of an Iranian, because being victim and victimizing is part of our daily life back home. We also become victimized with the notion of migration, dislocation, accidents, and many sudden and unpredictable incidents. Trauma (Bohran) is somehow a part of our Iranian way of living. It is sad and unfortunate yet our lives have been changed in many ways due to sudden changes and lots of cruelty we have been through. Still we do not need to get stuck in that role of being a victim or being victimized.

I work for this agency BCSMSSA and  we provide victim services and counseling services to men only. This organization is under a larger community who are training people to provide support services to the victim of crime and trauma. Our agency provides victim services to men who have been sexually abused as a child, as well as counseling services. Of course, this is another mystery; we do not think or believe that men can become victims! Yes, they do! That is why they victimize others; women and children!

Anyhow, long story short, the Provincial and Federal prison system in British Columbia provides information workshops (Info-Fair) twice a year for men in prisons, because these men need to learn to have a smooth transfer to outside life, when they are released.

Twice a year, our agency as well as many other service providers are invited to this info-fair which is offered through the John Howard Society of Canada. The idea is that these men who are in jail for various crimes they have committed could find information to services out there so when they are out, they will not (hopefully) walk down the streets and do the same horrible things like they had done before.

This is a chance to know what kind of help is out there and how to access that help so the life in the society would be peaceful compare to before! This is a chance for these men, special for those who are on their way “out” to learn about how to plan for housing, work, education, counseling, and more once they are released from jail.   In this combination, I have been able to attend these info-fair workshops a couple of times. I have been able to meet murderers, rapist, and most vicious criminals in those short hours. God, what faces!

Usually April and October are the time of year these workshops are being offered to these men who have killed, raped, kidnapped, beaten, and abused others. Yet, still they get the chance to learn, they have the right to education, and they attend certain programs.

When you talk to these men, you will hear stories of how these men once being a child or teenager, they were all beaten, raped, sexually abused, neglected, rejected, ignored, forgotten, bullied, and hurt repeatedly. Their stories and the research are congruent about the fact that “hurt people will hurt”. These huge men whose faces are witnessing the crime they have done are all those children who were never loved or men who were never respected by anyone!

This time in April 2007, I met a man from the Iranian community. Why I write about him, first of all he is our home country, he migrated to Canada like all of us, and his story matched the cultural difficulties many of our men have in dealing with their wives! They can not let of the woman who wants out!
Still this man, he is different from the rest of us, because he acted upon his anger, hatred, and resentment issues. He killed his wife and other innocent people, his wife because the woman wanted out.

Why I am writing about him, just because I want to make a point.
This man killed his wife plus other innocent people a couple of years ago here in B.C. Now in this meeting he was talking about why he thinks he did that horrible crime. He said: I did not know how to resolve my anger issues.

This article is not about judging this man or glorifying him. This is not an attempt to even picture men as murderers! However, most crimes happen by men who are not able to control their anger.

His way of reasoning could be a lesson for many other men whose women want “out” and they would not let go of the woman.

This is what he told me, I have changed some details for not revealing anything about other people around him.
He was given the power to control others, although he was the youngest child! Mother gave him all the power, yet, he was big time dependent on the mother who had no ability to teach him better. He remembers his mom as always worried, always fearful for many things, mother passed down the culture of worry and hate toward those who bullied him and teased him.

Now the victim who is the wife is not here, to talk about her pain.
He says: “She was tired of the entire anger problem I had. I was an abuser and violent person toward my wife.”
He says: “I did not know how to talk to my wife. Families were fighting for noting and i did not know how to handle this cultural involvement of parents in our lives.”
He admits that he blamed the wife for different things and he would use his only technique; yelling, kicking, violating, name calling her, and blaming her for the entire problem in life.

He says now: “I thought she was trying to provoke me and working against me! She was tired and she wanted to leave”, but I would not let her go.
He says today, that he loved her too much for letting her go. He had learned to be dependent on his mother, now his wife, and at the same time, both women in his life were different. He could not be rejected as wife planed to leave this relationship, he could not tolerate being rejected.

He says now, he never had learned to talk about his fear, his feelings, and his mind before.
“If I knew how to talk about my feelings, I would not use anger and hatred toward my wife or anyone else.”
He says: “our parents were in different argument all the time and I was in between.”
Of course, because of his male pride he would not think one second that he was wrong. Now that his wife wanted to leave, he had to stop her and he did.
He killed her and other innocent people.

Now, he says; I am sorry that I have ruined so many lives. He feels for his children who are in pain and suffering due to loss of mother and also father (who is in jail for rest of his life).
For many years, I wanted to know what goes into a murderer’s mind and why these men act like they do?!
Another time, 2 years ago I met this man who killed a store manager because he tried to help his employee, or the murderer’s wife who were actually the real target.
This is another example of a man wh

o did not want to let go of his wife, who probably preferred to kill but not be rejected by wife! He killed since he also could not handle his loneliness after wife leaving.

Again we encounter the need for expressing our emotions.
Now, I think, I had my answer!
We are all born as good, caring, and loving human beings. What happens to later on and how we do is a mystery that we need to reflect more on it.

Other men in this prison talked about how they were abused and bullied as children. These men did the same: they learned to abuse, mishandle, kill, and rape. They taught who to become because they were left traumatized, depressed, and hurt.
I have met many families in stress and pressure, because of domestic violence in our Iranian community. We tend to not want to know, to ignore, and to not willing to admit having a social problem. Examples above are a few samples of what domestic violence can do to us…
I know there are many families who work hard to raise good sons to be this and that person when they are grown up.
But we have to remember, we need men who are men and men who are humans.

We should raise children who are caring and able to deal with challenges of life! We need to teach our kids how to express emotions.

Although, the cycle of abuse and violence has no borders, and the reasons behind aggression and resentment are universal, however, how various cultures raise their children is the key point.

We have to learn to talk, to share our minds, to express our feeling, to take our emotions seriously. Our Iranian culture has given men too much power.

Our women have to learn to protect themselves and be safe, if and when they want to leave such men.
Parenting in our culture has to be taught as a skill. We have to raise independent boys and girls, give them wings to fly, and give them self-confidence in being who they want to become.  We also need to teach our sons to have respect for our girls.
There is much we need to do and discuss, what do you think?