Skip to content
May 5, 2011 by Poran Poregbal Short Stories 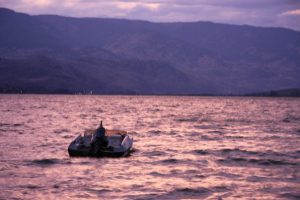 Halloween is a time when people dress up to something they admire, fear, or like.

This is a time when you expect to enjoy the physical transformation,although in a superficial way. You pretend being a character maybe close to your heart or maybe something that challenges you. You like to convey a message or to portray an image of you that has been hidden or forgotten. Most probably, you like to like the challenge the status quo.

The decision by which you dress up as a ghost, a beggar, a Dracula, a superstar, or a role model, are very personal. There is a childish excitement involved in choosing and wearing Halloween customs. Surely we can observe that the choice of customs are being quite fashionable and diverse. Halloween customs are supposed to offer a different experience, something beyond the ordinary. I guess anything that is above our level of imagination, yet an image that challenges our creation and invention. In any case, Halloween is a tradition that people take distance from their every day life character and they have an opportunity to become mysteriously or glamorously unique.

However, the aim of this article is to raise awareness on how some people are being re-traumatized or triggered by seeing someone wearing clothes that just reminds them of a traumatic event. Although, we are supposed to be scared on Halloween nights, yet in an exciting and funny way. Now to the story:

Years ago, I met this young woman that I call her Mina. Her story of a real Halloween night is quite fascinating considering the invisible cultural and political elements involved in her experience.

Mina was young and in her 30’s. A short while after her new life in Canada, once she was invited to a Halloween party. As a new immigrant, she had issues to tackle, while having fragmented ideas what her sadness overall was about. She welcomed the invitation and the party was described to her as a quite fun event.

She recalls attending that party expecting to forget about her daily life. She could not dress up much, she wore a pair of funny glasses that to her was a huge transformation.

In the middle of the party, some new characters or dressed up people entered.

One of these new faces had worn the traditional dress that “mullahs” wear in Iran and elsewhere.

Mina was aware that she was in a safe place in a suburb of of Vancouver, still she could not stop her experience of flashbacks, extreme sense of threat, and excessive anger.

For a short moment, she taught that the “mullah” was a real person, so she came to think of how she hated this group of people who had killed her loved ones.

Mina started thinking how her home country is in blood because of these group of people called “mullahs” who have only caused misery and suffering for a nation. She started to feel numb and nauseated.

Mina was standing there stunned, cold, and broken in her heart, trying to calm herself.

She had not seen a “mullah” after she left Iran many years ago, arriving in the middle of no where in a refugee camp in Turkey. Now she was relating the loss of her mother and other loves ones to this single person dressing up like a “mullah.”

The laughter of some friends and the jokes being told all around her, made Mina to return mentally to where she was standing. Mina could recognize her deep layered pain in her heart. She realize that her friends were having fun by staying behind their masks, dressing up like crazies, and acting like they were someone else. But she was in pain.

Mina did not know what to do or how to leave the room. She came to think of how her mother was thrown in jail when she was quite young and how they just heard of she being “shot” in the jail.

Mina recalled how she and the grandmother went to a scary cemetery, where people all were wearing those traditional long black dresses. She started to hallucinate thinning whether that cemetery was indeed holding a Halloween Party.

Mina had heard stories about how her mother was “shot” by the Iranian government only a few days after she was arrested on one street in Tehran. She was only 5 when mother was taken away from her. Her mother was killed because she had attended a rally while she had a political magazine with her at the time of her arrest. Mina was 12 when she and an aunt made it out of Iran to Turkey. Since then, she was trying to forget how her mother was murdered by people dressed up like ‘mullahs” or being “mullahs.” Mina was not sure if Halloween party would be any fun that night, when she finally left the party all in tears.

No one realized why she left and she told no one until that day.

This article was published originally in EzineArtciles October 27th, 2010 . Now it is being republished in the author’s own website.
http://EzineArticles.com/?expert=Poran_Poregbal