Surely, with the general knowledge of our human history, we can recognize the fact that there have always been groups of people, mostly men, who created their own “gangs” by “ganging up” against the norms, while crimes and violence are intertwined with this life style.
We have to discuss the psychological components of a gang life, in order to explore how gangs can be attractive to some young people. For helping our young people in staying away from this dangerous path, It is important to recognize the mental health factors play role in how young people are recruited to this dangerous experience.

A Gang culture has to be understood in the light of distorted beliefs and dysfunctional families.
In talking about gangs, we are not referring to the big gang bosses who choose to create this criminal, illegal, and scary world where they victimize regular citizens with their actions.
We are focusing on the regular young men who are discouraged, distracted, and delusional. The illusion of having access to fast money, luxury, power, and excitement.

We are focusing on our own “Persian Culture” we are hearing about “Persian Gangs”, whom we do not know of. We can just imagine that these are regular youth or young people who may find a gang life style attractive just because they lack rational belief about the self and others. Although cultural strains are important in analyzing a person’s choices, however gang life style has it’s own culture according to many research out there. It is significant to recognize the patterns in which people fall out of the circle of society and reach the edges or beyond that.

Many parents are furious of the idea that their teens and youth might fall for one or another criminal activity. Thus, it is important to educate families about how they can be part of the solutions because they are part of the problem undoubtedly.

Surely, there are misconceptions, miscommunication, and misunderstanding among the members of every single family, yet the need to fit in, the loss of self, and the loss of identity has a big part in the dynamics of dysfunctional-ism and irregularities.

In every community, there are many dysfunctional families whose members have lost connection to the real world. In particular when superstitious beliefs, rigidity, and emotional triangulations are the rule of laws for many parents, youth who are tired of the lack of connections; and they rebel.

In our Persian community it is very common that when women leaves abusive husbands their children are often left behind in terms of feeling to have access to both parents.

Sometimes young men are left off wondering why their father never cared for them.

There are men who enters new martial life time after time and bring children to the world without caring for them.

There are boys and sons who never have the pleasure of a father playing games with them or loving them, as expressing emotions or listening to the kids are not like what most Iranian men are raised with.

The more traditional a family is the less chance that people are allowed to show feelings moreover the emotions are often considered to be “sinful” or “problematic” or just too much, while the hardships in some people’s life may not leave room for any experiencing joy.

We Iranian families are good at grieving anyways, shedding tears, and loving death instead of life, are somehow part of our culture, however showing gratitude and joy has a negative connotation.

Certainly, there are many other factors involved in how some families miss to support their boys into a real confident person.

While the need for having education are at times overly exaggerated and overly emphasized, some real human factors such as self-dependency, open world view, social knowledge, and interest of others are ignored or never attended to.

Dysfunctional families tend to force their children to fail, as they set up for failure early on by not letting children particularly their boys feel they belong somewhere.

Rebellious kids who have failed the high expectations of their parents, will try anything that helps them keep up their face.

Who joins a gang?

A person who has the distorted belief that he (most probably males) can be rich in no time.

A person who has mistaken views on the self taking him to the point that he feels more respected while in a gang or when he succeeds in disobeying the laws.

A Person who believes that by becoming rich he can be found more attractive, powerful, significant or glamorous.

A person who lacks judgments about how to deal with his own shortcomings in life.

A person who has most probably experienced one or another form of trauma in their family.

What kind of trauma you may ask? What about trauma of losing a mother, a father, a family, or trauma of not having experienced any love and connection?

What about the trauma of not having been heard or seen as a child?

How about the trauma of having been bullied, abused, neglected, and abandoned?

What about the trauma of becoming a new immigrant and trying to fit in a culture you do not know of?

And what about trauma of not knowing how to fit in?

Traumas, tragedies, separations, and losses are some factors in how many Iranian families are struggling with life in general, although stigma plays a major role in how some families silently are suffering. Despite all, culturally we put up our masks on and pretend nothing is going on.

Trauma of not having a family to go back to, trauma of having lost a home due to forced immigration / separation; These are all painful experiences that numerous youth are dealing with daily.

The anxiety of not having a community who accepts you as who you are, with all the failures, shortcomings, weaknesses, and irregularities.

A Gang culture have to be studied in the light of the need for respect.

We have seen in the Hollywood movies that individuals who feel they are not being respected in their daily life, they are drawn to gangs because there is a hierarchy for being respected.

If you reach a certain level, if you have the money, if you have sold this much of drugs or if you have power then you have reached a rank in the gang, then you will be more and more respected by no one being able to question you anything, by people being scared of you, or by having a luxurious life.

In opening up this discussion, we can not let go of the discouraging and dysfunctional parenting style that many of our Iranian families have.

Parents who either pamper their boys or ignore them, parents who are emotionally, physically, sexually, psychologically abusive towards their sons.

Sexual harassment of boys, sexually intimidating names, threats are problems that happen in some families, issues that are contaminating minds of everyone, however no one wants to talk about that.

Lack of respect for children do exist in our Persian culture big time and no one can deny that.

Having said all above, still we can not suggest that anyone who feels being disrespected in his family of origin will join a gang, no, people make choices to deal with our issues.

Finally, it may be fair to say that youth who have rarely been treated with respect, empathy, tolerance, or fairness, will search for their place of belonging and identity somewhere.

Here at this point, the under world might attract those who are the weakest ones, those who hope for a better life without knowing about self-dependency and self-control.

If this young person has the distorted belief that her or she can be rich, accepted, and respected by joining a group then the society has lost one another member to exclusion.

In other side of this puzzle about why people are drawn to gang life styles, we may need to look at the distorted lief about excitement. Youth who do not find any joy and excitement of being part of a family can be in danger of being drawn to gangs.
Sure enough that this article miss many points about how else is a youth fall for gang life style, however what is the message of this note is to help families to help their youth.

We have to help our youth to feel good about who they are and how they are.

This education has life saving effects. We have to take emotional health of our youth and their families seriously by offering them support programs.

Traumatized young people among dysfunctional families are many and they have to be seen, heard, and cared for.
We have to strengthen our youth to understand their inferiority and to compensate in positive ways.
Several untreated traumas leave young people with few choices around positive coping mechanisms. Youth today needs most support in a holistic way.
Tomorrow is late. 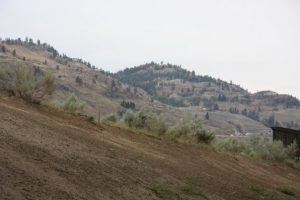