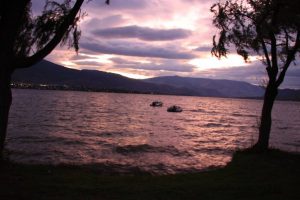 Over and over, I am contacted by Iranian women who are in the process of divorce while complaining that their lawyers do not do anything for them.
After considering the number of times I have heard the same story over and over again, I started to question whether the lawyers in these cases do not get the point of a divorce case when it concerns Iranian women.

I guess most western lawyers disregard the layers of invisible pain, suffering, abuse, neglect, rejection, threats, intimidation and violent that impact most women to ask for divorce. These female clients I have met over the course of near to two decades, all see the lawyers as someone who can stand up for their rights.
Iranian women obviously seek out their rights after they leave Iran. Let’s acknowledge the fact that without a doubt there are Iranian men out there who feel having been abused and victimized by their female partners. While it is important to not take gender as a factor, still in case of Iranian woman, obviously their gender plays a significant role in how their rights have forever been violated.
To be clear, this article takes into the count those Iranian females who are seeking lawyers in the western world as the last rope for justice.
Of course over generalization is a mistake even in this brief article.
Therefore in these cases it is fair to say that a divorce case for most women who have suffered emotionally, does not necessary represent what lawyers have gone to school for.
Most female clients go to see a lawyer as someone representing a justice system that does not exist back home. Many of these women reports of horrendous emotional, physical, and sexual abuse in the hands of their husbands, however what lawyers hear or try to do is to treat these cases as the standard cases of divorce. Most female clients know that their partners will never show any assets since these men who abuse their wives; they are good at hiding their assets.
In many cases, male partners are able to manipulate the systems, specifically here in our Western cultures where documentation and evidence are the last words.
Most abused female clients I have seen, they are being punished twice, once by the liar husbands who succeed to play innocent and once by the courts who fail to hear women’s stories.
Many females are ready to let go of all assets, if any, just to hear a judge confirming their pain and suffering.
Most female victims of divorce talk about their need for being heard. Yet unfortunately, many lawyers really do not get the point of what is behind a divorce application.
Surely, it is understandable that a lawyer’s job is not offering clinical support, while a human view on the case would be appreciated.

This article was published originally in EzineArtciles November 9th, 2010. Now it is being republished in the author’s own website.
http://EzineArticles.com/5348485