Very often i receive calls from my fellow country women who are in the process of divorce or considering divorce. Couple counselling sessions often fail it’s purpose just because the request for counselling is mostly a last minute attempt for one partner to convince the other partner to obey or confirm. On top of that most Iranian males and females do not believe in couple counselling at all, maybe because of the cultural upbringing of some people who believe they know everything and have done it all.

In any case, It seems that a large number of families in our Iranian communities are suffering silently with their marital relationship problems and domestic violence situations. 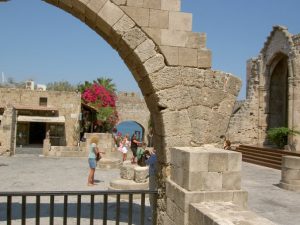 As stressed out as newcomers can be, martial complications damage the adjustment possibilities for individuals and children. The dilemma of domestic abuse, threats of angry and revengeful spouses (mostly male), in addition to cultural forces on Iranian women, are becoming all concerning.

It appears that Iranian women (mostly and largely) are running away or fleeing from men whom they once married to and men whom became all strangers after some time.

On the same note when the number of Iranian families as new comers are increasing, the cases of divorces and family issues are becoming all predictably observable.

Vanishing fathers from children life due to their in congruent way of handling divorce are another problem that is getting hidden in the context of men moving back to Iran or elsewhere for work. Surely a male dominated culture that majority of Iranian women are coming from should to be studied more carefully without biases. However the truth is that our Iranian men ( a large number of them) handling divorce in a most uncivilized way ever. Threats, violence, put downs, drama scenes, revengeful actions, withdraw of financial support, and stalkings are all occurring without many victims reporting those behaviors.

When it comes to filing for divorce, then there are many challenges at once. Should the couple start with the Iranian style of divorce or the Canadian one? The Iranian style is definitely a headache as it involves implicit and explicit details around money, family reputations, social status, children and on top of them the threat of women for becoming a “hostage” if and when they visit their home country. The nightmare of visiting Iran and falling for all the legal restrictions around “disobeying women” is a real life story for many female victims whose only wish was or is to divorce their abusing husband.

Many times people hire lawyers who could be unaware of the complications and unpleasant communications that our Iranian style of divorce involves.

Surely, Language barriers and ambiguities around contacts with legal authorities tend to increase the anxiety, frustration, helplessness, and emotional pain for many Iranian women who are dealing with divorce.

Solution? A lot needs be done to assist silent victims of domestic and marital abuse in my community and any community.