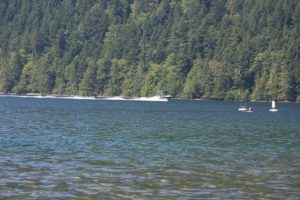 My heart was sad,

That day I moved to the future.

My heart was sad

That day I left.

My heart was cloudy, cold, and frightened

With no sight of spring

My spirit was in revolution

And heavier than the rainy sky

There was no difference any more,

Who knew who I was?

Or how I thought

Now even my written thoughts

Was sad and depressed

Now, I was noting,

A lonely woman, with no connection

My loneliness had even reached the ocean

Now I was noting,

With no result of all the struggle.

About Being No One

Being No One is a poem that was written back in 1996 and it was put on the website for (www.Poetry.com ) for a couple of years.

This expression of emotions was originally written in Persian, yet, in year 1998 it was translated to English with reservation for lack of transparency or weaker tone of voice. The poem itself is a snap shot of a life for years of immigration, lack of identity, and hopelessness that came along with many other new unexpected life situations.

Being No One describes years of darkness, when life for many Iranian was dark, special for those who were forced to leave in early 1980’s. The depressive tone of the poem is due to the loss of identity and loss of the self for a young woman, a young mother, and a young human being. This poem itself relates to the notion of identity crisis for huge number of immigrants who have to pass the pathway of “being no one” when they migrate. I have observed many people who in every walk of life during first years of migration express the level of loss and grief. This poem has to be studied with the expression of hope, resiliency, and strong will arriving at the intersection of despair and devaluation of the new life. The result could be positive if /when we learn to walk again.