Skip to content
May 10, 2011 by Poran Poregbal Short Stories 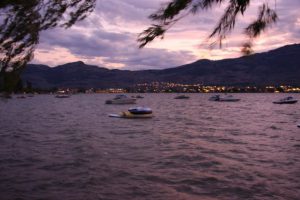 This story goes back to life in Tehran. With some calculations it must have been 1969-1970. I was in grade one or two. Those of us, who lived in Behbodi-shademan Street in Tehran, may recall this character.

In the commencement of the school time around First of Mehr, there were rumors going on. We heard that we had a “divaneh/crazy” man in our neighborhood who tend to behave inappropriately in front of children. Some of us were most curious to see how this man looked like. A few of us could see him in the porches and corners of the street. I think in my fantasy I visualized him as a very scary man, most probably due to the stories being told about him. I am not sure.

This man was known for his noticeable mental health issues. People called and referred to him as Ali-divaneh. The public attribution as divaneh is still common among us Iranian, we give people labels that is hard for them to get off it. Divaneh had become this individual’s last name and it was sad.

One day in a strange way, I met this guy as a human being. Until that day I had no idea how a “crazy” person looked like.

It was a warm and sunny day in fall, when a new breeze was in the air. In our daily path to school we could see the changes of the season.

One day around lunch time, something strange happened. Ali-divaneh just walked into our living room in our first floor apartment in a two story building. At that time and around noon in every neighborhood of our city, Tehran, there was a symphony of lovely, loud, and cheerful sound of kids who were coming or going to school. I guess Ali-divaneh missed being part of those childish and happy experiences.

He entered into our living room while we had no idea of his intention for this visit. My mother had made a delicious food as usual as I recall and we were just having our first bites. As he walked in I could tell that my mother was shocked and a bit uncomfortable, however, she managed to keep calm. Ali-divaneh was a tall guy in his mid twenties or early thirties. With him coming in as an uninvited guest, my mother tried to pretend that we had a guest. She gently asked Ali divaneh if he wanted some food. He shook his head very slightly visible. My mother quickly put a plate of food in front of him. Soon before we knew, our guest was eating. He looked hungry and he ate as much as he could as quick as he could. As he was swallowing big chunk of food, we started to get a sense that he was no threat to us, he was only hungry. He ate while looking at each one of us. I guess he was wishing that he had a family like ours. His eyes were telling us stories that we could not understand at that time. In no time, he had emptied his plate and with no word to say, he exited from that door he had entered in. He was gone and we sat down stunned.

Now looking back I could see that he was in a defense mood while he was eating. I guess he was ready to take off if he felt unwelcome. He had a poor hygiene, still, nothing unbearable. I remember his large black eye, his long eyelashes, and his innocent face.

He came and disappeared, he left me with many questions as a child. My mother blamed me for having left the entrance door wide open since I had just arrived from school. That was possible, yet, there were no time for any confessions or any excuses. That evening when my father came home, I heard my mother reporting to him: “Ali-divaneh came for lunch.” Later on I realized that some kind ladies like my mother, they did take time to offer Ali-divaneh food once he showed up. I guess Ali knew where to go when he was hungry.

After that day, I never asked my mother what she thought of this incident. How was that she was not scared of a stranger just walking into our home, how come she offered him food and how did she knew he was hungry.

I am still wondering what Ali-divaneh thought that day, whether he had gone to other peoples house like this, and whether he would always be treated nicely.

We could see Ali divaneh most of the days in one porch or another. He seemed to enjoy the sound of happy children who could go home for a warm lunch. He seemed to be nice most of the times, he laughed and he made funny noises. We did not know what was wrong with this guy.

In my childish mind I used to imagine whether Ali-divaneh was a regular guy who only missed having nice people around. Maybe his family had disowned him because he was divaneh. I was wondering how come he did not have his own home with warm food and nice clothes. I had many questions that could not be answered by anyone. We did not know about him more than the rumors. We neither knew about mental health issues and the cause for that, nor did we know about the treatment of people with mental health issues. I remember that Ali-divaneh was bullied a lot, people made fun of him and I know that he knew he was not being treated with respect.

Instinctively I could connect his mental health issues with lack of family life, respect, and dignity. A couple of years later, while I was in secondary school, again, we were hearing stories of Ali-divaneh and his inappropriate behaviors. I remember my girl friends were saying that they had seen him in a corner close to our school while he was trying to show his male organ to he girls. Once the word was spread, our school principal intervened. I was sure that once again Ali-divaneh was trying to say, that he needed help, that he needed to belong, that he needed people care for him. I am not sure what happened subsequently. Somehow the school principal and teachers were able to keep him distant from our school as we did not hear of him again. That was the last time I heard of Ali-divaneh.

Notice that Ali-divaneh was a male. The reason that his story gets to be told is that he was visible and out there, even though he was known as being “divaneh.” Girls in his condition would be kept invisible and unheard of. Who knows?

Note: This article was originally written and published in EzineArticles October 6, 2008 by this author.