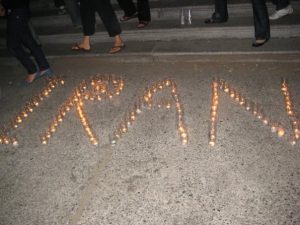 A New Generation of Our Iranian Youth Most Diverse and Most in Need For Support
We tend to forget that our young generation has become what we have never seen in our previous ones.

A vast majority of our young generation who is 30 years of age or under are extremely smart, intellectual, peaceful, and different. May be we ask the question, different from who and what?

Our young generation is different because they have the ability to view the world from a broad perspective. Our young generation are mostly unbiased and secular compare to their parents who might still living with dysfunctional coping mechanisms in dealing with recent diverse life.

Our young generation is the most intelligent members of our communities while these young souls are at times stuck between several oppressive forces.

First of all, our younger generation has to fight the layers of physical, psychological, and spiritual barriers. What are those? The many barriers that our current senior groups of Iranian have created, the black and white dichotomy that has turned to green which manifests change.

Young people living back home report how scary it is to always be on their guard since they are struggling to stand up against a government who continuously works to force our young people into submission and silence.

On the other hand, young generation who is part of the diaspora, they are challenging the self and their families who have internalized those oppressive forces and behave in the same way.

This generation of young people are mostly secular, modern, transnational, multicultural, multilingual, and communicative group of individuals who like to move beyond ideology and politics.

How this younger generation is tackling the problems, it is completely distanced from previous generations used methods.

It seems that some parents force their adult children’s to become what they have not been able to.

For some families, children follow the parent’s path, in others young people get tired and lose hope for ever being able to be the person they are.

Our younger generation dream of a new peaceful world, away from ideological biases and distant from violence, they are seeking choice and option in dealing with life.

In this path of finding their true self, our younger generation is fed up with their senior generations nagging attitude about how they were motivated to attend universities and to be the ambitious people that they were.

Our advise giving habits, our pampering of adult sons and daughters, our comparing behavior to the aunties son or daughter who do better, the conditioning of love for good grades, and many other manipulative ways that we Iranian parents use in manipulating our children, are all dysfunctional behaviors that only discourage our children.

Despite all the odds, our younger generation have the willingness to fight, to resist, to compromise, to negotiate, and to to establish the conditions of worth and independence

Note: This article was originally published in EzineArticles June 15th, 2010 by this author.