Back in the 1980s, as a new immigrant in a European country, everywhere I went, people liked to discern my whereabouts. When I said I was a Persian-Iranian woman, the next question was how come I had chosen to live in that particular country. My first impression of these types of strangers questioning me was that people were interested to know about me as a person or become friends with me. After some time, I came to the conclusion that people asked because I did not look like the stereotype woman they had seen in the media. Besides being new immigrant and specifically from Iran, you were being seen in those days, mostly due to your physical appearance; you were distinguished from the mainstream. I would mostly be asked whether I was thriving in my new environment. As much as I was trying to like my new life, I had to make up answers that did not describe my internal pain and suffering. 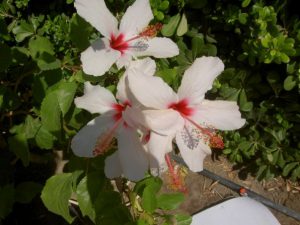 Those questions although well-intended would make me feel uncomfortable to the point that I felt I was being constantly questioned. For many new immigrants who had traumatic backgrounds, these questions would trigger many flashbacks, emotional reactions, and sadness. I was no exception; life had turned out to be something else for us Iranians, one major factor for us being where we were. The more I was asked these questions and the more answers I gave; I would feel overwhelmed, exhausted, and tired of being in the foreign spotlight all the time. I was not curious to learn about the origin of people or to ask whether they were happy or not in their life. By no means did I had the time or energy to be curious about others. How could I be?

The more I explained the reasons for having left my country of origin, the less I could get distance from the past. All the conversations would end up in an excruciating pain in my throat and chest that would destroy my day. In this path, I had learned that giving people the answers they liked to hear would help me in the situation because as soon as they knew enough about me, they would leave me alone. After a while I realized that the questions were never about me, but about a whole group of us, it was about the life of Iranian women that was portrayed by media as oppressed and weak.

Over the years I would learn more about my fellow Iranian females whom shared similar experiences as I did about the procedure of being questioned by strangers. I came to learn that we were all in the same boat.

Back then, being new immigrants, we did realize that in some people’s eyes, we could be considered as a “threat” if not directly, mostly in various ways. People were wondering why they had to share their land with us, we could understand these concerns if it was a concern as we were not trying to “step on anyone’s feet”. There was an already existing fear about immigrants taking Europeans job away, however we were not there to take anyone’s job, we needed a safe place to live.
The numbers of traumatized Iranians arriving to those doors of refugee houses in all over Europe were consistently increasing. At the same time we Iranians were leaving Iran in any condition, in any size, and in any shape. New immigrants were leaving their comfort zones behind, while they were looking to find a safe peace somewhere else.

People asked who we were and why we had come to live in that country, because they liked to be reassured of us being no threat to their job security or else.

Many of us Iranian women were becoming each other’s witness, we were sharing stories of pain, suffering, loss, and sadness of losing a peaceful life back home. We were settling down, while many of us were carrying the physiological and spiritual wounds within. How could we not? Our home country had been taken as hostage in the hands of those who hated our nation. The more Iranian families would join our new neighborhoods, the more we would realize how much we all unconsciously were trying to forget the past, to suppress our emotions, and to let go of the idea of once seeing a free Iran. Our emotional, mental, and psychological health was undoubtedly interwoven with the sad reality back home. It was in this atmosphere and time-line, that we were trying to find our new identities. This new identity was however something we had not planned for, we had come to the conclusion that we had to hide somewhere without prevailing who we were, because as new immigrants you would not have many chance for jobs, opportunities, etc. If we were trying to look like Europeans, imitating their styles of walking, talking, communicating, then we might create more attention and curiosity. I was seeing how all other women would feel and move along, while I was certain that we would never be able to hide our background.

At times many women and men would change their hair style, change their names, stop speaking their mother tongue, still nothing helped. we were who we were and forever we would remain Iranians out of Iran.

At some point, after several years of my stay in that country, I could comprehend that it was impossible to not hear that question of “where you are from?” Sometimes I was willing to say I am from under the rock, behind the mountain, over the clouds, beneath the bushes. But these answers would never satisfy those who were curious about my whereabouts. Somehow being a new immigrant and not knowing enough about the host country, I was feeling I did owe something to those people who were questioning me all the time. Every time that I had to reveal myself to the totally strange people, then I would be left with a deep level of anxiety, emptiness, and sadness over having let people walking over me.

I recall i had hard time to create my own boundaries and stay there. I was a new immigrant with no boundaries for many reasons.

The experience of being an immigrant or becoming immigrant or living an immigrant’s life was a fairly new phenomenon to our Iranian life. Large groups of people were being challenged by the notion of migration, relocation, dislocation, and multiple adjustment in thousands way without noticing it.

Being new in a country was becoming a shared experience, a common vision among us Iranian families wherever we lived in.

It was in that cloudy years of confusion, we were struggling in many levels, yet being questioned over and over again, was one of the hardest parts of finding our new identity. After many years of mind boggling experiences, I came to the realization that I could challenge the person by expressing my desire for another topic of conversation. In addition, now I could ask them: Where are you coming from?

Now being in year 2011 and after everything that is happening in Iran, i hope that people know more about why we Iranian are where we are.

Note: This article was also published in EzineArticles February 16th, 2011 by this author.